Pride is an annual event that takes place in numerous locations across the world. It celebrates the LGBT+ community and provides a platform to continue fighting for equality and challenge prejudice. This month-long event often involves parades, marches, festivals and gigs which all work to highlight the major issues which are still present in the LGBT+ community.

In today’s post, we’re going to delve deeper into the history of Pride month, as well as give you some of our top rainbow jewellery picks, including Nomination charms in rainbow that are must accessories for your Pride 2022 plans.

This month is chosen to commemorate the 1969 Stonewall Riots in New York City, which are often cited as one of the most significant social movements in the history of the LGBT+ community.

The Stonewall Inn was a gay bar located in New York City and was frequented by many members of the LGBT+ community. In the early hours of June 28th, 1969, police raids took place at the Stonewall Inn which resulted in a number of demonstrations from the LGBT+ community. It is said that these demonstrations heavily contributed to the gay liberation movement and the fight for LGBT+ rights in the United States. 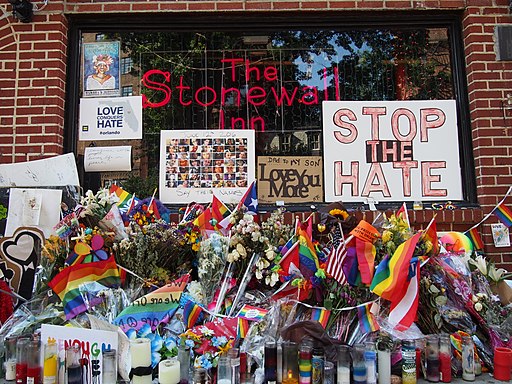 In June 1970, the very first Pride event took place in Chicago which was in the form of a march. Subsequent marches took place in Los Angeles and New York City the very next day. Following on from this, more and more marches and events began happening in locations across the United States. Today, Pride events take place in numerous major cities across the world, with more and more towns and smaller locales also taking part in the event to help celebrate and raise awareness of the LGBT+ community.

The official emblem of Pride is the rainbow flag, which today is widely recognised as the symbol for the LGBT community. It was first designed in 1978 by Gilbert Baker, a gay rights activist, and it quickly became a widely-used symbol across Pride events. The rainbow flag is seen everywhere during the month of June when the majority of Pride events take place.

The flag features six different colours, each with its own meaning:

Rainbows are now one of the most used symbols to highlight the LGBTQ community and Pride events across the world. Not only can they be seen on flags, but you can often find many significant buildings illuminated in the colours of the rainbow too during this time, not to mention an abundance of rainbow jewellery UK.

Pride 2022, specifically London Pride, is celebrating their 50th anniversary, meaning the event is going all out this year. From Proud & Loud, a concert showcasing the likes of Calum Scott and others, as well as Pride’s Got Talent, a talent show for all LGBT+. Now let’s take a look at some of our favourite accessories: Nomination charms in rainbow.

If you want to show your allegiance to the LGBT community and celebrate Pride, why not add one of these colourful rainbow Nomination charms to your charm bracelet? For example, the Nomination Classic Rainbow Heart Charm features a golden heart and a rainbow, encompassing both love and Pride in one beautiful charm!

Not only is a rainbow a traditional symbol of LGBT+, but it also symbolises happiness and luck. As you may know, the leprechaun always finds gold at the end of a rainbow. Check out our top Nomination rainbow charms:

Haven’t got a Nomination bracelet? Don’t fear, below is some of our best-selling rainbow jewellery pieces from some of the UK’s leading brands:

How will you be celebrating Pride 2021? Let us know in the comments below! In the meantime, make sure you’re rainbow moonstone jewellery or Nomination charms in rainbow-ready with these stunning pieces that’ll instantly add a pop of colour to your Pride outfit.